I recently learned that North Carolina

Beer Month is celebrated in April, I know April is nearing its end but there are still a few places that have things going on. The Modern Life Deli & Drinks here in Pittsboro embraced NC Beer Month with a variety of beers.

its many quality breweries, not just in April but year round. The North Carolina Craft Brewers Guild (NCCBG) is a non-profit organization whose goal is to promote awareness, interest and growth of NC craft beers and breweries. NC is home to over 120 breweries and brew pubs making it the state with the largest number

of craft breweries in the American South! Be sure to check

out the many festivals, breweries, tours, tastings, and more that occur through out the year.

Modern Life Deli & Drinks, also known as The MOD, is one of Pittsboro’s newer

establishments but is fitting right in! I have been to a few events

and nights out at The MOD and have had a great time. The MOD celebrated NC Beer Month by having 9 NC beers on tap throughout the month, one being from Bear Creek Brews, NC’s smallest nano-brewery. Stop by in the next few days to taste them while they are still there!  Not into beer?  The MOD serves a variety of cocktails and wines and serves wood fire oven pizzas, sandwiches, salads, soups and more! They also have an open

mic night every Thursday for a fun night out! Interested in getting involved in The MOD’s beer selections? Get involved in their Craft Beer Society! 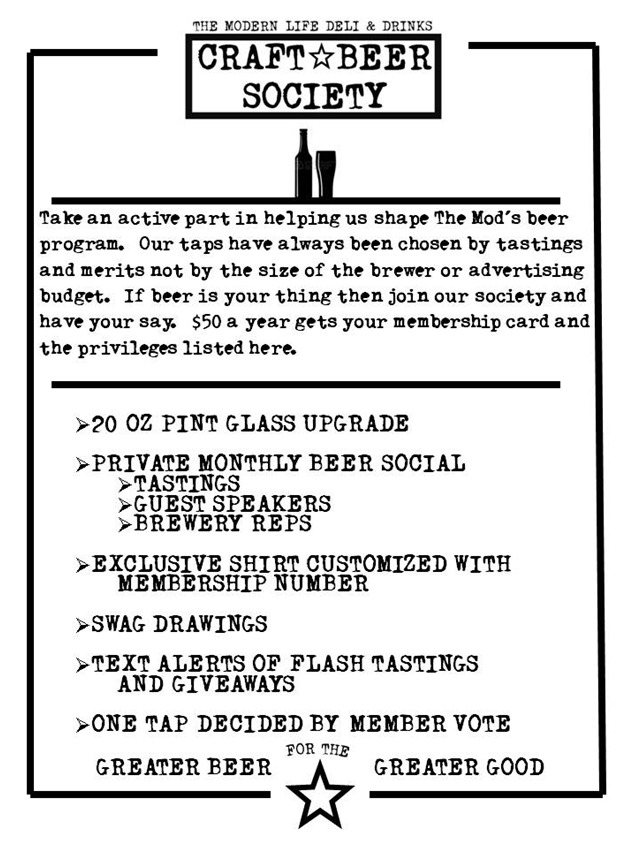